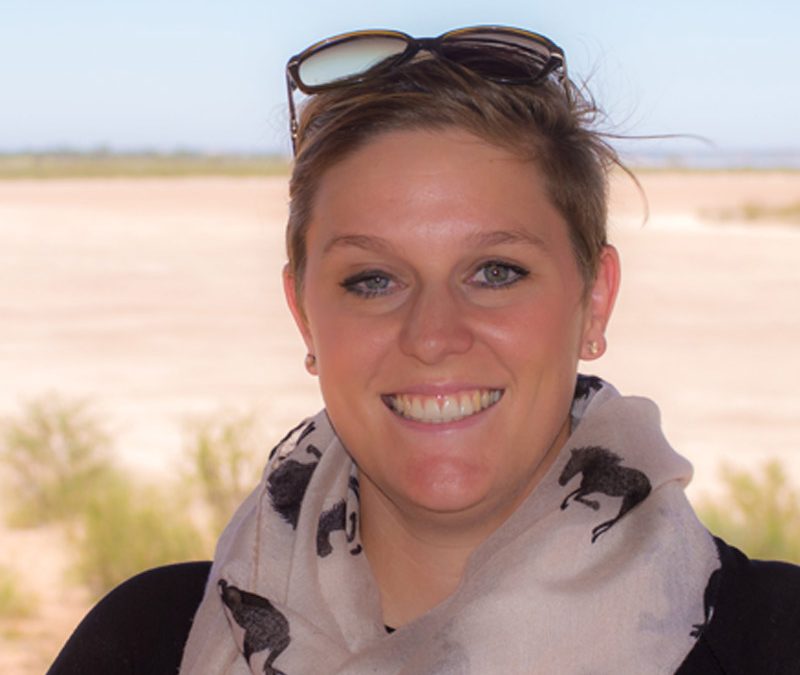 ABOUT ME Read MoreFollow Us

I’m Tanya, a South African, married to a Namibian, living in and who fell in love with Namibia.

I’d love to sell you a story about how I gave up a boring life and decided to go and travel the world (or better yet, Namibia) with not much more than my favourite and most needed possessions in a backpack. While that might paint the perfect tale for any travel blogger, it simply isn’t true for me. In fact, it’s not until I got into the tourism industry in Namibia, something which I knew nothing about back then, that I discovered my love for a country (I now proudly call home), my desperate passion to write about it and my deepest desire to share it.

I grew up in South Africa (another incredible country with heaps to offer), met my then boyfriend, now husband and as stated above (if you’re paying attention 😊), he’s a Namibian which is how I ended up living in Swakopmund. Fast track a few uninteresting (at least for the purpose of this content) and somewhat confusing and self-exploratory years (a story for another day), I ended up in the world of tourism as a tour consultant for an inbound travel operator.

Travelling Namibia, inspecting lodges and learning the ins and outs while selling a country (that basically sells itself), I now know what people travelling to Namibia really want to experience.  What they wished they knew before they travelled (the stuff guide books are supposed to tell you but miss the mark). What they took away with them (other than amazing photographs and an African tan) and the reason why they would return over and over again, something which in itself is hard to put into words until you’ve experienced the magic yourself. (This is however what I will endeavour to do in this blog, so watch this space).

I’ve been lucky enough to travel overseas a number of times in my life, but I count myself most lucky to be able to travel the country in which I live, a country that undoubtedly deserves to be on any travel enthusiasts bucket list. That which I have seen, the adventures I have had and that which I’ve learnt along the way, I can’t wait to share. For those I have yet to explore, I can’t wait to take you along on the journey with me or better yet – inspire you to journey yourself.

I prefer the creature comforts. It doesn’t have to be luxury (although I am not opposed to it either 😊) and if it’s worth the experience, I’m in for the adventure. The food should be better than good (by my standards that means delicious and made with love), the service, excellent and always with a smile. I like my views breath taking and my sundowners ice cold.  It’s all about the finer details. Those small things that take an experience from memorable to unforgettable.

I’m a self-proclaimed perfectionist, wife and 30 something mom of two. A copywriter, web editor and honest advocate of travel in Namibia. I’m A Travelista, someone who loves to travel (although I hate to pack). Someone who loves to make lists (the best part of which is ticking them off, when they aren’t at the bottom of my handbag or left on the kitchen counter). Someone who is excited by every new experience (whether half way around the globe or in my backyard) and a fashionista of travel.

Let’s do Namibia in style. 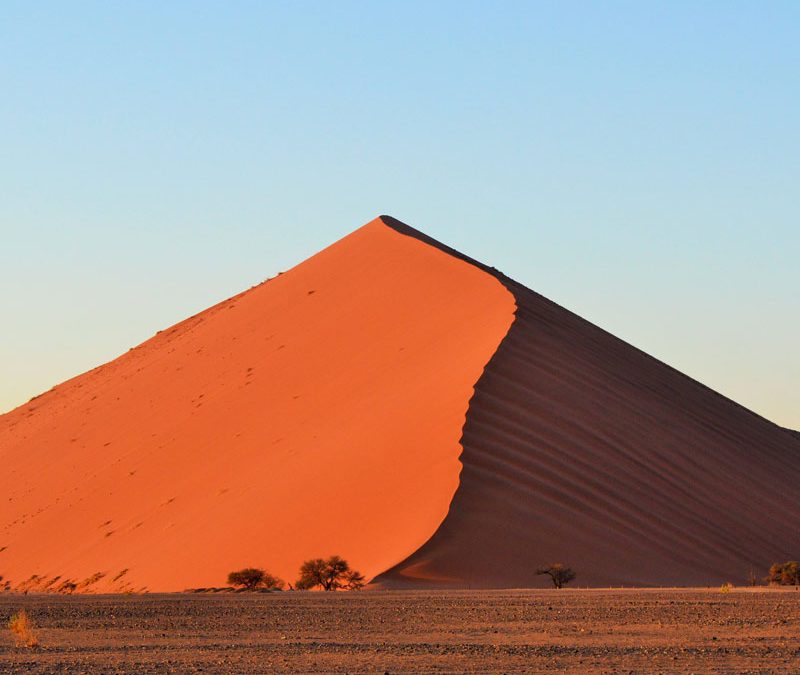 This is Namibia
November – 2020
Read MoreFollow Us

Whether you’ve been to Namibia before, you’ve heard about it, been dreaming of your next trip here or this is where your inspiration begins… if you’ve typed Namibia in on Google, the first images that pop up are always of the strikingly beautiful Sossusvlei, Dead Vlei and the Skeleton Coast: the Namib Desert.

No real surprise here since the Namib is a coastal desert and just about the whole country is ‘deserted’ with only 3.13 people per square kilometre.  I mean, the country’s name in itself means “vast place” and quite frankly the name could not be more fitting. It’s no wonder it tops the search results and just about every bucket list, of anyone who seeks adventure, in a world so unlike their own.

Ancient trees on a cracked dry pan beneath crisp blue skies overshadowed only by the world’s highest sand dunes. This is also the world’s oldest desert. Impressive but not nearly as impressive as it actually is in real life. Dunes upon dunes and then more dunes as far as the eye can see, stopping only where they meet the white crested waves of the dark Atlantic Ocean. It is simply surreal. Seeing really is believing in this case.

It could be because it was my first Namibian travel experience, that I fell in love with the desert, but if I’m honest, I think it comes down to the fact that I’ve really never experienced anything quite as beautiful. Sounds cliched, but that’s the truth. I’ve been back numerous times since and I’m blown away every. single. time.

If you talk about the Namib Desert then most people refer to Sossusvlei as a must see and I have to agree, although Sossusvlei itself is somewhat less impressive than Dead Vlei, which for me, is the ultimate. (Note here that I am talking about the actual pan inside the park and not the general area). Don’t be mistaken, if your itinerary includes Sossusvlei, it refers to the area, however you won’t be sleeping on the pan itself. In fact, there are only two lodges and two campsites inside the park, all of which are close to the Sesriem entrance gate. There are plenty of other lodge options in the area, just none as close to the dunes themselves.  From here you still have to drive 60km into the park along the dune belt to reach Sossusvlei. Strangely enough getting here from any direction would have seen you travel gravel roads, yet the road in the park is tarred, except the last 5km of thick sand. By thick sand, I mean you will get stuck if you don’t have a suitable 4WD. Don’t worry if you don’t though, you can always stop at the parking area and take a shuttle into the dunes (by shuttle, I mean a tractor with a hitched trailer of fashioned seats) or if you’re up for it, it’s a 5km walk in that very same thick sand.

I am yet to tackle that last 5km on foot and to climb Big Daddy or even Dune 45. It’s still on my list of things to do. I like to keep a few things for the next trip plus some fitness training before hand would be ideal since these are some of the world’s highest dunes. That’s right – some of the highest dunes in the world’s oldest desert. The sheer size of them from the base is a reminder that it’s going to be quite a climb. With sand under your feet, it’s like the distance doubles or at least the effort has to. I think this may well be where the saying “one step forward and two steps back” originated.  It’s a feat for sure, but one that’s worth it, or so I’m told and I’ve seen pictures. The view from the top is surreal. ‘Breathtaking’ is an adjective always used to describe an amazing view but, in this case, it truly is breathtaking and the view is equally as impressive. Perhaps you can join me?

This area of the desert, is but a small portion of it all (all: being 81,000 square kilometres) and trust me when I say there are many other incredible places to go in the Namib Desert that are rightfully destinations on their own, but if we’re talking popularity, this has to be it. For any first-time visitors to Namibia, Sossusvlei (or rather Dead Vlei) is a must and just like for me, I know you will fall in love with it as well. Perhaps you too will leave some things on the list to go back and tick off the next time around and if you don’t, you’ll go back again anyway. You can take my world for it. 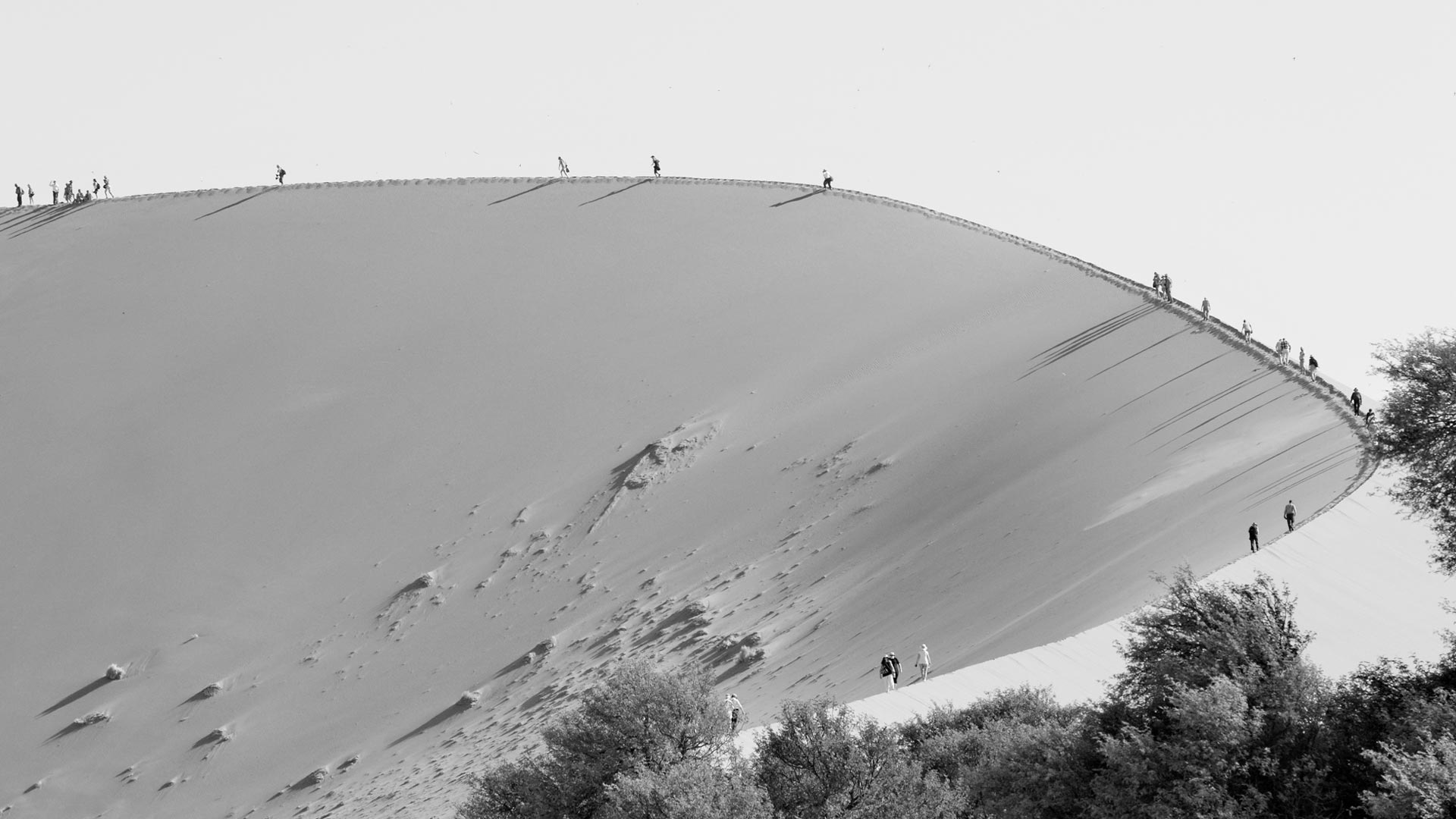 Have a question? Something specific you want to know? Or maybe you just wish to share your experience of this incredible destination. Comment below.

a Travelista - Chat with me!